Here’s how PALO Creative landed new patients for this local dentistry by leveraging a suite of digital marketing tactics and advertising campaigns. We walk you through our creative process, right down to the lead tracking and results.

Braydich Dental, a leading provider of dental health services in the Mahoning and Shenango Valleys, wanted to increase awareness and attract new patients for its dental implant services. Google Ads proved beneficial in capturing leads; however, the client desired additional support, including display advertising, to work in tandem with existing marketing efforts.

Here is the creative process and results PALO Creative achieved in its dental implants advertising campaign for Braydich Dental.

To start the process, the PALO team used Google Analytics, which tracks and reports website traffic to analyze the behaviors and habits of visitors to the Braydich Dental website, specifically, the dental implants section of the site. Our analysis revealed visitors conducted an online search for implant-related queries before arriving on Braydich’s website. From these findings, a strategy utilizing website behavioral retargeting was applied to capture visitors through online display advertisements since they had already shown interest in Braydich and its dental implant services.

To complement the retargeting tactic, PALO developed a custom search retargeting segment to appeal to online users through specific keyword behaviors. In this scenario, when an individual searched the phrase, “dental implants,” display ads would later appear as they browsed other sites on the web. With a variation in tactics, approach and messaging, Google search and display ads worked in tandem to attract prospective clients and move them along the buyer’s journey. 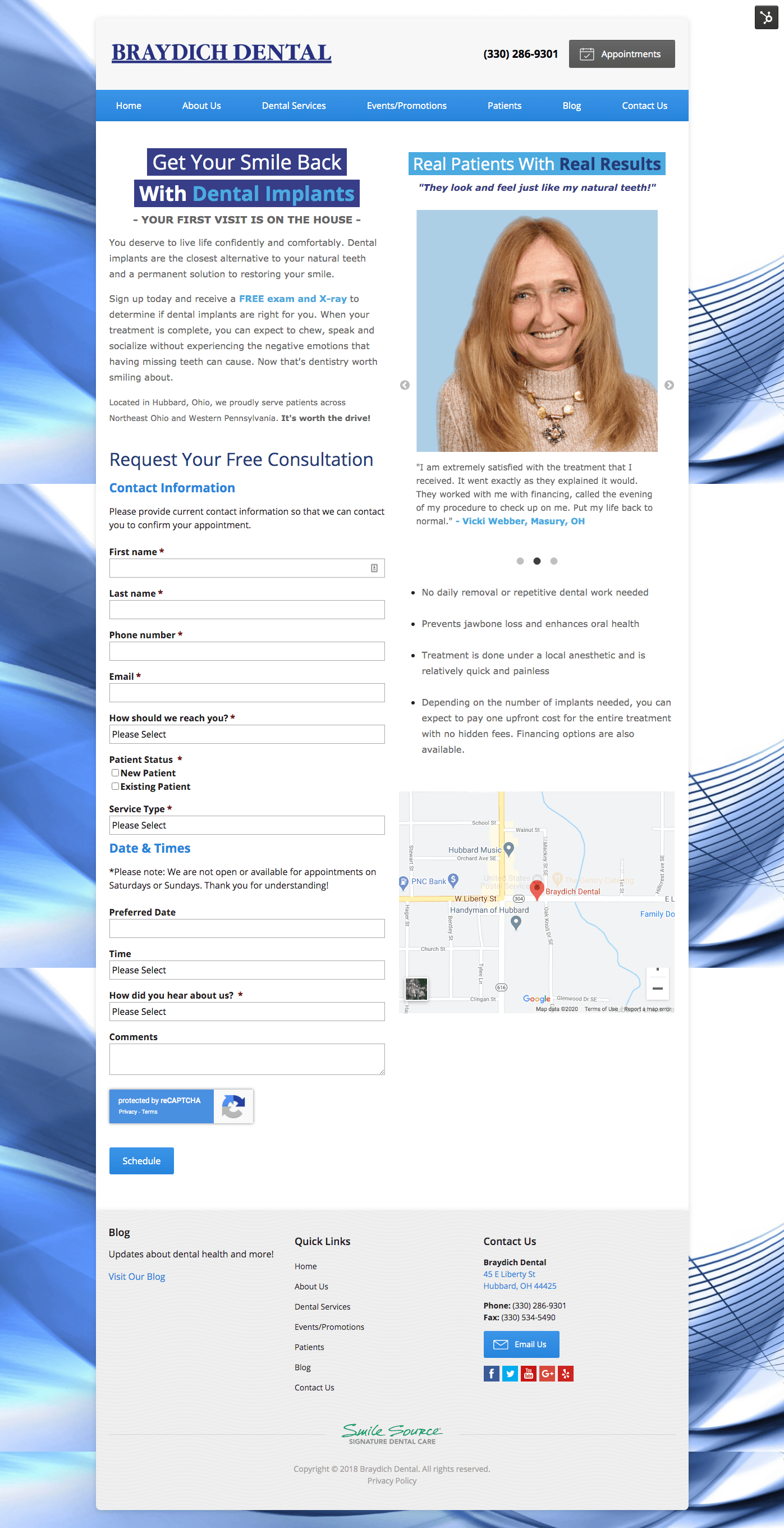 Once their target strategy was finalized, the next step in the marketing process was to create advertisements based on their audiences’ core interests and needs. After discussing their options, the PALO Creative Department strongly agreed display ads would offer a powerful visual, while successfully communicating the benefits Braydich wanted to convey.

PALO’s creators brainstormed and mocked up several concepts, including one showcasing a real patients’ results with dental implants and another with an animated look calling out specific challenges faced by individuals experiencing dental pain.

Both ad concepts were executed in the marketing plan. By running two variations of the advertisement, also known as A/B testing, PALO reviewed the results and measured differences in performance. Keeping the budget in mind, the team optimized the campaign based on the highest performing creative in terms of lead generation. 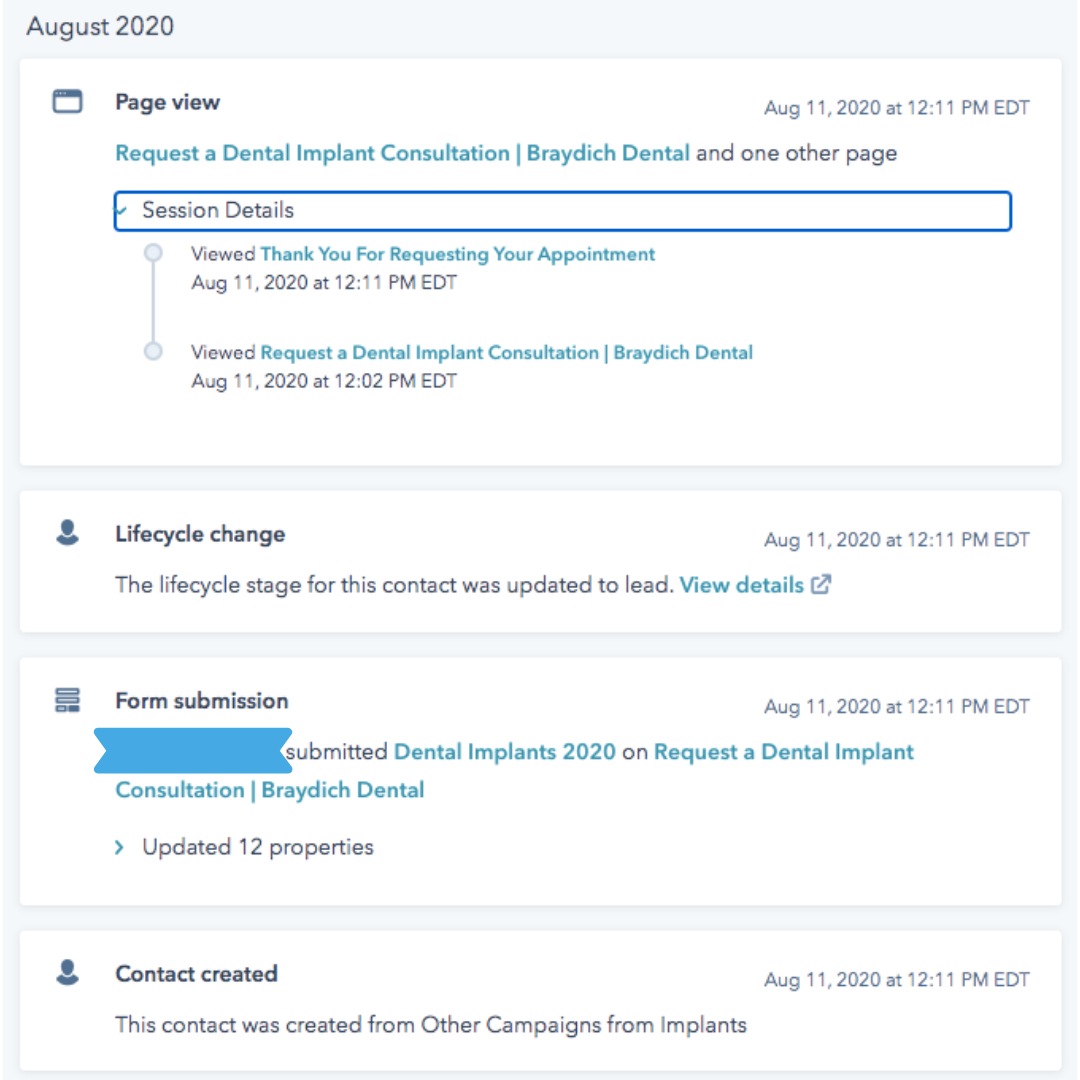 Utilizing a HubSpot landing page and tracking URL, PALO was able to follow the journey of new leads and attribute them back to the Google search and display ads. Here’s an example of a lead PALO acquired. The individual clicked on the animated display ad, visited the dental implants landing page and requested the special offer. This person scheduled an appointment with Braydich Dental and was later converted into a new patient.

CAN WE HELP YOU?

Of course we can! Let’s talk marketing and your goals of where you want to go. The best part is, we provide insights and give suggestions to improve your marketing free of charge with no strings attached.